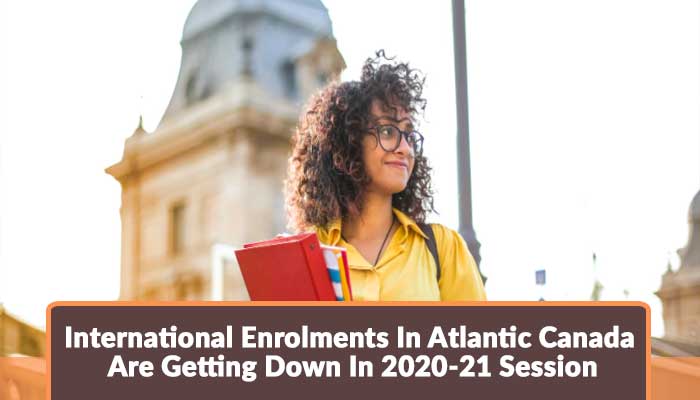 The chairperson of the Association of Atlantic University reveals that the rate of enrollment from both sides i.e. internationals as well as domestic students is getting declined due to coronavirus pandemic. Recently, a survey has taken by AAU 2020-21 Preliminary Survey of Enrolments which reveals that the enrollment rate for full-time undergraduate programs in Canada has declined by 1.3% which reduces 1,023 enrollments. However, on the other hand, the rate of full-time visa students is declined to 6.6% which reduces 1,264 student visa applications.

Remarks By The Canadian Universities

Allister Surette, recteur of Université Sainte-Anne, while speaking about the results revealed that the declines in the enrollment were expected because of the response towards the pandemic in the spring semester and the planning of the online learning system for the winter semester. He further revealed that the decrement in the domestic students is not as significant as it was projected initially. However, most of the Canadian universities also reported an incremental increase in the number of enrolments.

AAU conducts research among international graduate students in 2017 which resulted that 65% of international students were intended to stay in the region after completing their graduation.

Reasons Behind The enrollments’ Decline

The main reasons behind the decrement in the enrolments are due to the travel restrictions to Canada as well as the temporary closure of the visa processing offices worldwide also affected the universities of Canada. However, in this case, the enrollment to the following universities is hugely affected:

Surette explains that we are continuously working with the provincial health authorities to make our campuses safe for all the students. At the same time, the authorities of the universities are focusing to control the cost and to invest for the quality of education, delivery of online classes, in-person classes, and hybrid classes. He further said that the decline in any enrolment is the main concern for them, especially the decline in the international students’ admissions in Canada and first-year students’ enrollment.

Get Ready For Study In Canada

From the remarks by the Surette, we conclude that the Canadian higher education institutes, especially Atlantic region institutes, are still eager to offer enrollment to interracial students. So, those students who are thinking to start their application for Study in Canada, they have to keep continue their plans. However, for any assistance regarding the application process for Study in Canada and Canadian student visa, Studyabrod.pk invites all the interested students to get their possible solutions.