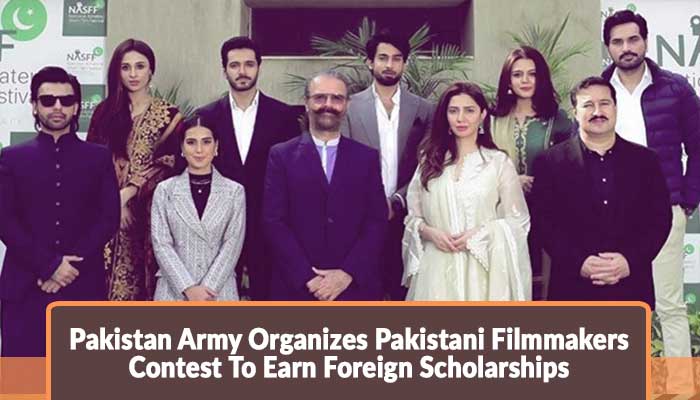 The Pakistan Army is going to introduce a film contest in which all the filmmakers from Pakistan can participate to earn foreign scholarship opportunities. Participants will submit the short films to the National Amateur Short Film Festival, NASFF. The film should be shot in Urdu, English, or any other regional language. The short films must also have subtitles. For launching the festival, the Pakistan Army invited the biggest stars of the Pakistani film industry in which Farhan Saeed, Mahira Khan, and Iqra Aziz are the most prominent figures. The following is the detail of this short filmmaking contest:

Purpose and Objectives Of The Contest

The contest is going to be organized for the purpose to give a chance to the talented and creative youth to produce high-quality film content aimed at projecting a positive image of Pakistan.

The major objectives of this contest are to;

General Guidelines For The Contest

The following are the guidelines and the general eligibility criteria that every participant must follow:

Participants will be allowed to shot the film under the following prescribed themes:

How To Get Registered

Applicants are advised to follow the below-given steps to get registered successfully:

The following is the award and scholarship details:

High achievers will be provided the opportunities to start higher education in filmmaking program in the top-rated film schools of the world.