This Is How International Students Choose Australia Over The UK, US, and Canada? 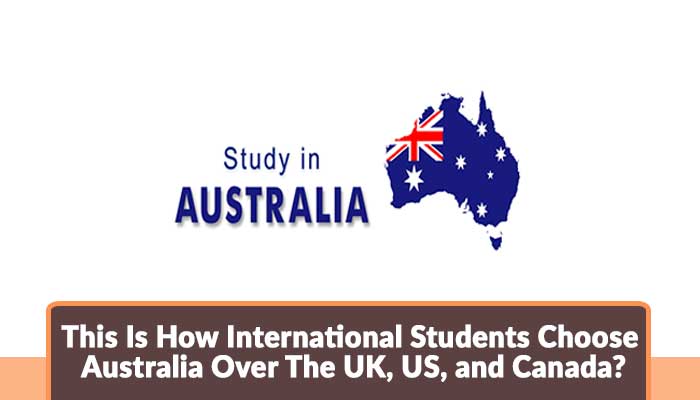 Because of the loss of international students, Australian universities are suffering from revenue and job losses. According to an estimation reported by Mitchel institute, the education sector may lose up to AUD19 billion in the coming 03 years, however, over 20,000 jobs are at risk in the coming 06 months, and more after that.

The Australian government has announced that on Monday it will restart granting visas to international students. From February 1st, 2020, Australia banned travel from China, and a large number of international students deprived of higher education plans from Australia. At that time all the English language competitors of Australia including the US, the UK, and Canada were allowed international students to stay and complete their education. This is the reason that those countries or universities did not face such a huge loss in revenue. But, universities from these countries also make the strategies to offer online education to complete the semesters of the students.

Students are offered online education but most of the students criticized this idea because they wanted to get on-campus studies because living in a multicultural environment is one of the main benefits of international students.

How The Competitor Countries Are Dealing International Students

The US, the UK, and Canada are the main competitor countries of Australia and see how these countries are dealing with international students:

The US comes as one of the main competitors and as compared to all other competitors the US is still suffering from the Covid-19 and due to increasing cases of Corona, the USA is not taking the responsibility of reopening the campuses.

What Australia Should Do?

In order to be competitive among the competitors, Australia should update the students on the issues of admissions requirements, admissions dates, study, and accommodation options. Australian universities should be clear about the study conditions while addressing the students that what benefits they can get from Study in Australia. However, for all other updates regarding study abroad keep in touch with Studyabraod.pk.