Germany Entitled As The Fourth Largest Study Abroad Destination In 2019 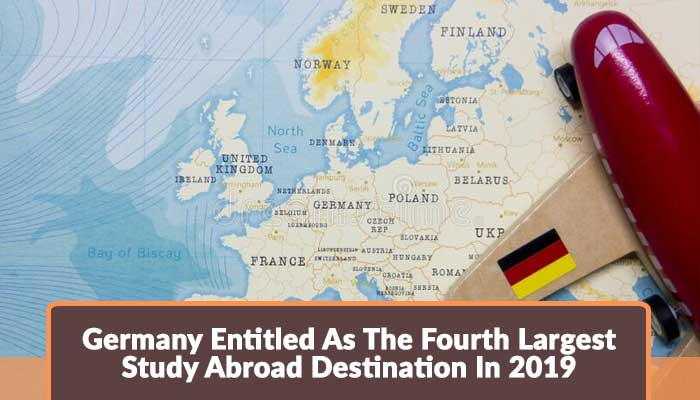 The reports have been evaluated by the Wissenschaft Weltoffen 2020, DAAD, and the German Centre for Higher Education Research and Science Studies and showing the statistics that the international students from the MENA countries are increased by 68% in the last three years.

What Is Next Target?

Joybrato Mukherjee, president of DAAD said that Germany has been able to improve its good reputation among international students. However, around 80,000 students were departed from Germany temporarily and they are facing difficulties to come back. Furthermore, the possible changes in the policy are introducing to facilitate those students to make their comeback possible.

To conclude our discussion we can say that by keeping pandemic aside, Germany is still the most favourite study abroad destination by international students including Pakistani students. Almost 5,753 Pakistani students are currently studying for degree programs in Germany and most of the students are ready to apply for the coming academic session.

Pakistani candidates who are still in favour of Germany are informed that several German universities are still accepting applications for the degree programs. You can process your application to make your dreams of Study In Germany true. However, if you are facing any difficulty at any level of your application, then you can get the complete consultancy of the consultants linked with Studyabroad.pk and are specifically dealing with the German universities.