Chinese Students Move Away From Universities In The USA 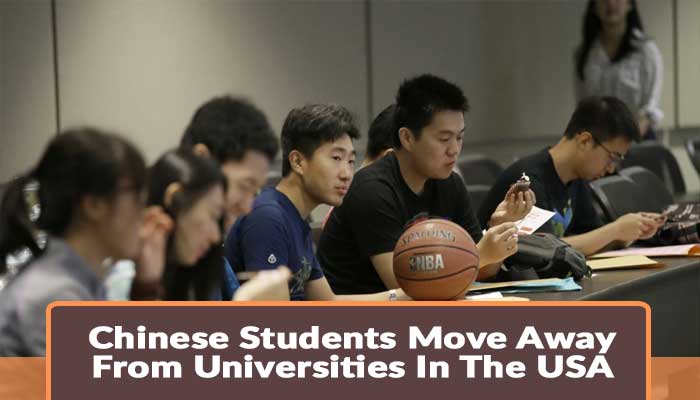 A Chinese student, Zancy Duan shares her experience that it was a tough decision for her to leave her desirable place at a US Ivy League school. Duan belongs to Zhejiang, an eastern province of China and she got enrolled in Cornell University for master studies and she also accepted for admissions in several other schools in America. But, during April, when the Coronavirus pandemic was on its peak, she decided to apply for European universities.

She said that besides the Covid-19 pandemic, there were some other genuine issues she faced that brought her in a sense of unease. These issues included unfriendly policies for international students imposed by US President Donald Trump, the president’s blame that the disease is caused by China, and the current security condition affected by the Black Lives Matter movement, declared by Duan while talking to the South China Morning Post.

She declared that under this situation it was not a good option for her to move to the US for higher education. She also said that many of her friends who were planning to study in the US bent their minds to apply for Singapore, Hong Kong, and some European schools.

USA As A Study Abroad Destination

The USA has been a favorite study destination for Chinese students for decades. The latest statistics by the Ministry of Education from China have shown that the number of overseas Chinese students increased from 285,000 to 662,000 from 2010 to 2018.

Difference Between The US And The UK

Start Your Journey With Studyaborad.pk

Students who are looking to apply for higher education programs in the UK and other destinations, they are informed that the situation is getting normal day after day and the pandemic has weakened at many degrees. Almost all the worlds’ study abroad destinations are planning to start in-person study sessions and are inviting admission applications to foreign students. Students are advised to join studyabroad.pk to start their study aboard applications today.